Cattle; most people only get to know them when they drink their milk or throw a slab of dead one on the grill. Here are some things you may not have known about our indispensable bovine comrades. 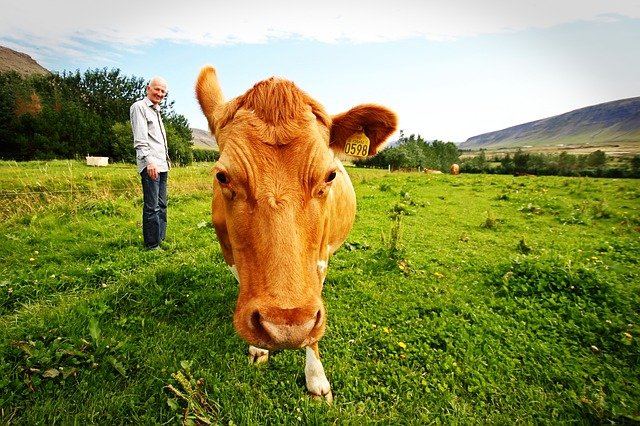 That dude behind me really stinks..

When their big furry ears don’t get in the way cows have over 300-degree, panoramic vision, with only a couple of blind spots right in front and right behind them.

They also have an amazing sense of smell; a cow tracks her calves from their scent and it’s estimated that they can pick up that scent from up to 5 miles away.

It is also alleged that they can be hypersensitive to modern, artificial smells, with some anecdotal evidence that they can get mildly repulsed by some perfumes and laundry detergents from human clothes.

The previously mentioned big furry ears aren’t just there to bat away flies either, cows can hear both high and low frequencies well beyond human hearing range, their environment being full of sounds that are inaudible to our own ears. 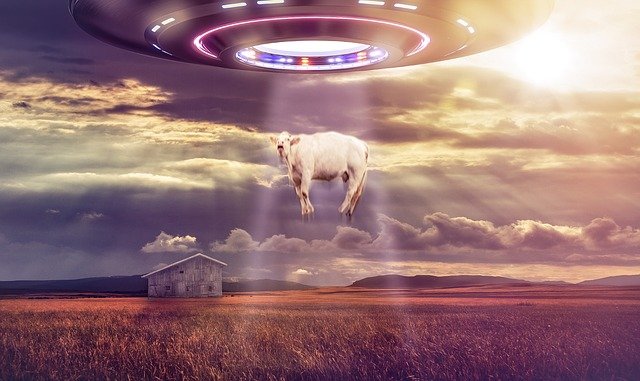 Take me to your breeder..

If you ever get lost in some fields without a compass another one of cow’s more mysterious senses can help. They seem to have an instinctual awareness of the earth’s geo-magnetic axis; When lying down in a field cows have a tendency to face either magnetic north or south. No one really knows why this is and it is totally independent of weather conditions.

This phenomena is not exclusive to cows though, it has been observed in other animals too and indeed even possibly in humans: Some studies have shown, well ok, just one study has shown, that human brain electrical activity can change relative to whether the person is aligned in a East-West or North-South position, with sleeping in the North South position giving slightly more REM sleep. 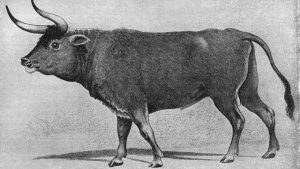 Thankfully someone drew an auroch before they all died..

Domestic cattle are descended from aurochs, an extinct species of long horned, wild cattle native to Europe, the last of which is thought to have died in Poland in 1627.

Filled with a soppy nostalgia for medieval Europe, the Nazi’s decided to re-create them through breeding programs where they mixed various types of modern cattle to eventually produce something that by all accounts quite closely resembled the ancient auroch, but of course wasn’t.

They then set many of them loose in the Białowieża forest on the borders of Poland and Belarus. The frazzled few that survived WW2 lingered on there for a while afterwards but died out as a wild species eventually. There are still some domesticated ones around on farms in Europe today though, especially in Germany, Austria and Holland where they are known as Heck cattle.

4) GREYISH KIND OF GREENY LOOKING RAG TO A BULL 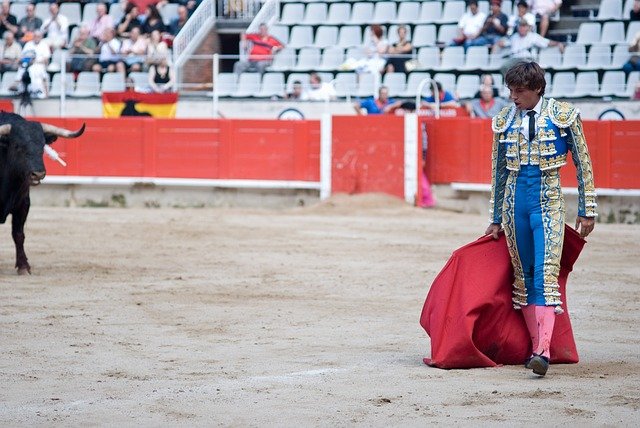 Cows and bulls are red-green colorblind. The red (or pink) cape in a bullfight is the same color as grass, which they are obviously quite fond of, and which, as it happens, looks more like a shade of grey than what we think of as red or green.

In any case it’s definitely not the color that makes them aggressive, the obvious stress of being in such an alien environment has primed them already, and so the movements of the cloth on front of them become just a focus for their frustration and anger, and that’s all even before the person on front of them starts trying to stab them to death. 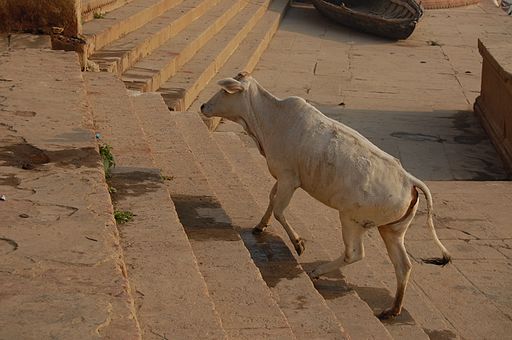 Are you sure you want to do this? (Photo credit: Martin Bialek via Wikimedia)

You may have heard the widely held myth that cows can walk up a stairs but not down, and though this isn’t strictly true, depending on the steepness of the stairs the going down can be very difficult for them, and it has less to do with the shape of their knees, as is often thought, but more because of a lack of weight balancing skills, and the fact that, despite their super duper over 300-degree vision they can’t really see the ground well just below their feet.

This means that they will be prone to taking a tumble on the way, and/or maybe just giving up and staring at you to do something about it. So, if ever you have a cow round your house and you want to bring it up the stairs, I don’t know, to use the bathroom, or to show it the new built-in wardrobes in the spare room, you’ll only have yourself to blame… 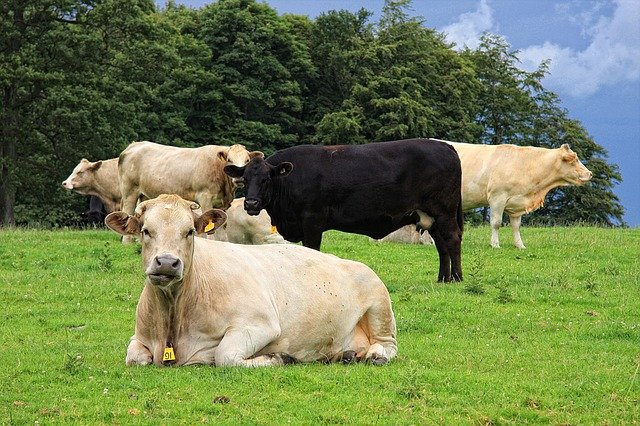 Cows are very social animals, and just like humans they have distinct personalities. This means that, also just like in humans, some personalities just don’t get along.

Cows can be quite fussy about who they want to hang out with; though their herds can be large they will usually form a close bond with just 2 to 4 individuals and actively avoid certain others at times, in some cases retaining a grudge for years.

As you would expect they can also become quite stressed when they are separated from their friends. And as it’s thought that cows can only become familiar with up to around one hundred other individuals, they tend to also feel stressed in herds of more than 100.

This kind of understanding of cattle as social creatures is quite new, but as it’s been shown that stressed cattle produce less, sometimes a lot less, milk, many modern farmers are now paying attention.