You are here: Home / Random Blog Posts / Science Says Beer Is Good For You 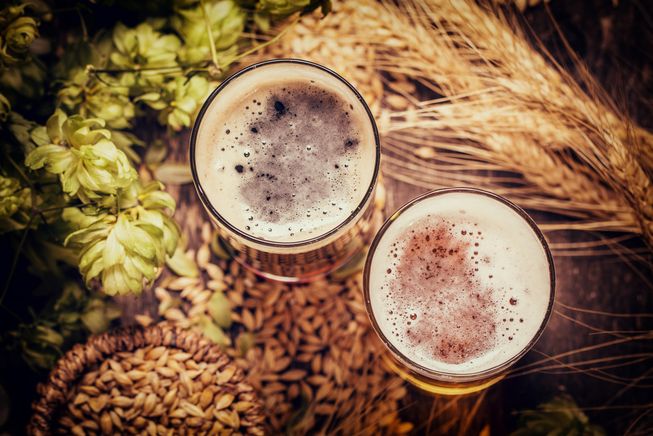 1) The Journal of Agricultural and Food Chemistry recently discovered that people who drank moderate (some might say boring) amounts of beer throughout their lives have lower rates of Alzheimer’s and Parkinson’s disease. People who drank enormous bucket loads of beer throughout their lives may also have lower rates of Parkinson’s and Alzheimer’s, but that’s because most of them are already dead.

2) A far more fun study by The European College of Neuropsychopharmacology (Try saying that after a few shandies) found that beer makes you ‘happy and friendly’; something that definitely puts it a notch above broccoli on the list of health foods.

3) The Journal of the International Society of Sports Nutrition found that a moderate amount of beer post exercise can be as rehydrating as water. Again putting beer happily above water on any sensible list of key to life groups of molecules.

4) Some researchers at the University of Valladolid in Spain confirmed that beer contains iron, but that dark beers contain more than pale. Yawn.

5) Back in 2012 a University of Vienna study told us that beer increases the production of gastric acid in the stomach (if it increased the production of gastric acid anywhere else in your body then you really would have to worry). They try to turn this into good news and well, it kind of is: Gastric acid is necessary for digestion, and it also inhibits the formation of bad/unfriendly bacteria. On the flip side though, that midnight cocktail of extra gastric acid and six liters of beer isn’t so good for digesting the kind of stuff you might find yourself shoveling down your mouth on the way home. Plus too much gastric acid even by itself puts the letters i & n before digestion, which, well, isn’t so nice.

Check it all out here: