You are here: Home / Rural Travel Guides: / The Best Farm Stays in Malaysia:

For our collection of some of Malaysia’s finest agritourism farm stays & leisure farm resorts, all with instant online booking; just click on the link below:

>> MAP SEARCH: CLICK HERE FOR OUR RECOMMENDED FARM STAYS IN MALAYSIA IN 2022

Or, not exactly sure where to go yet? Click here for our Malaysia rural tourism guide: 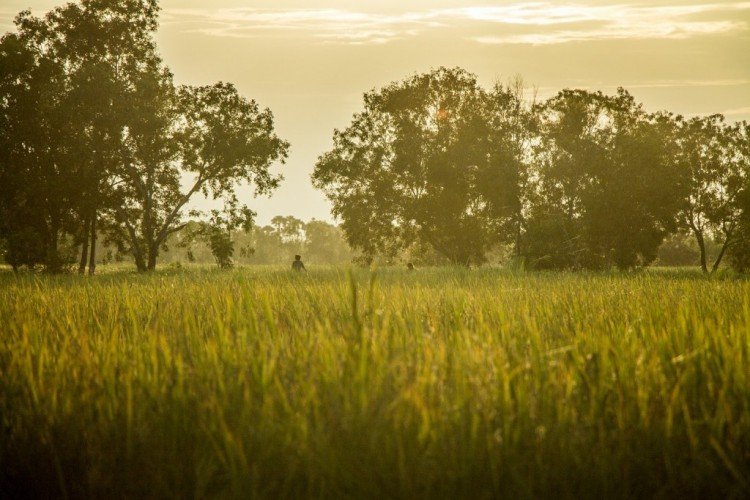 From Kuala Lumpur all the way north to Thailand the west coast is Malaysia’s most populated and multi cultural region. Though relatively densely populated and industrialized, in many areas it still displays a lot of rural charm, and agritourism is quite popular; it has some of Malaysia’s best leisure farm stays, even quite near Kuala Lumpur.

The wildly spectacular Cameron Highlands are to be found north of the capital and are a popular place for trekking and hiking through its tropical forests and tall mountains. Between there and the coast lies Perak state once home to some of Asia’s greatest tin mining industry and with many still busy towns such as Taiping and Ipoh with much Chinese influence. Offshore there you’ll find the island of Pulau Pangkor a pleasant weekend getaway for families from the big city.

Going farther north Penang Island is a well known destination for many both inside and outside Malaysia. It has been a major trading post for hundreds of years having had strong commercial connections with Thailand, India, Indonesia, China and Britain. It’s capital Georgetown with its interesting, colourful, mix of architecture and food remains a testament to those times.

Above Penang, towards Thailand, lie the states of Perlis and Kedah; strongly agricultural they are traditionally known as Malaysia’s rice bowl or jelapang padi and produce a huge amount of rice along with some tea plantations. The culture here is more Malay than farther south though with some Thai influence and fairly unassuming and rural, though it is here that Pulau Langkawi is located, an offshore island that is internationally famous as an upper class beach resort. Though not many do it, the more adventurous traveler might take a detour from the journey into Thailand by visiting the vast Ulu Muda Eco Park, a wild and remote protected zone of jungle that can offer some great trekking through some really beautiful, though sometimes difficult, terrain.

Malaysia’s remote hinterland though much more developed these days due to the logging industry than before is still in many parts a wild and inhospitable land of mountains, rainforests and rivers with some awe inspiring natural landscapes to be enjoyed.

Tourism here, thankfully perhaps, is not a huge industry though there are a few popular jungle lodges to be found. Leisure farm resorts and farmstays though are still few and far between. 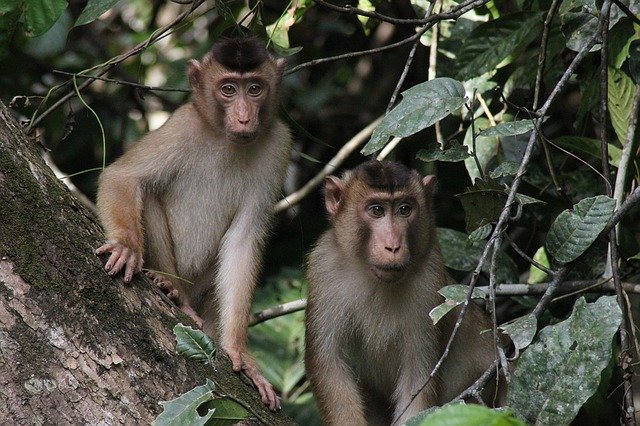 The highlight of this region is the Tamam Negara which just means National Park in Malay and is a huge swathe of ancient rain forest. Protected from loggers and developers it has an amazing richness of flora and fauna throughout its over 4000 square miles of wilderness.

It is also home to about a thousand members of the indigenous Batek Orang Asli tribe who live in small hunter gatherer settlements, deep in the jungle, and relatively isolated from modern life.  Jungle treks can be arranged around Tamam Negara from the town of Kuala Tahan the main gateway to the area, while outside the park you can ride a jungle train north through other remote parts of the interior, and other state parks; the Kenong Rimba and the Stong State Park. 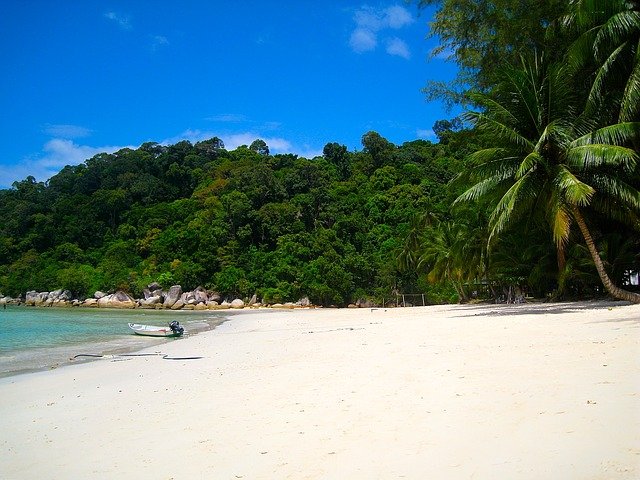 Malaysia’s eastern states; Kelantan and Terengganu, are noticeably far more traditionally Malay, rural and conservative, than those of the west. The area was never as populated, developed and industrialized as the west and neither did it have the same melting pot of cultures passing through. Its main industries are still agriculture and fishing though it does also have a laid back tourist scene too, and one or two nice leisure farm resorts and farmstays.

Travelers tend to head to certain spots along the coast; Cherating is a low key destination that sees many foreign backpackers while farther north you’ll find a great choice of beaches and islands; Pulau Perhentin and Pulau Redang are some of the many popular places for scuba diving and snorkeling.

South of Kuala Lumpur on the well word route to Singapore lies the famous state and city of Melaka or Melacca. Dating back over 600 years it was once one of Asia’s most important trading ports, and during the fifteenth century the site of the Melaka Sultanate in what became known as the Malay Golden Age. 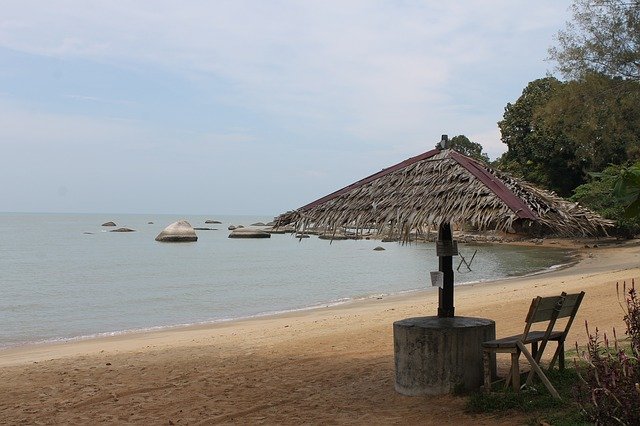 It fell to the Portuguese in the sixteenth century and so also became something of a stepping stone for the hundreds of years of European colonization that was to come. The old town of Melaka city became a UNESCO world heritage site in 2008 and it attracts many visitors with its elegant mix of old style architecture and medieval atmosphere. Outside the city you’ll find the Cape Rachado or Tanjung Tuan nature reserve.

Between Malaka and KL the often overlooked state of Negeri Sembilan has a few interesting sites like the Chinese Temple at Wan Loong and the hilltop fort of Kota Lukut, as well as some good beaches around the capital Port Dickson and some smaller national parks.

The southeast of the peninsula is even more popular for its beaches, with some great scuba diving and snorkeling to be enjoyed around the crystal clear waters of the Seribuat Archipeligo and between it and the south west coast there is the ruggedly beautiful Endau Rompin National Park. 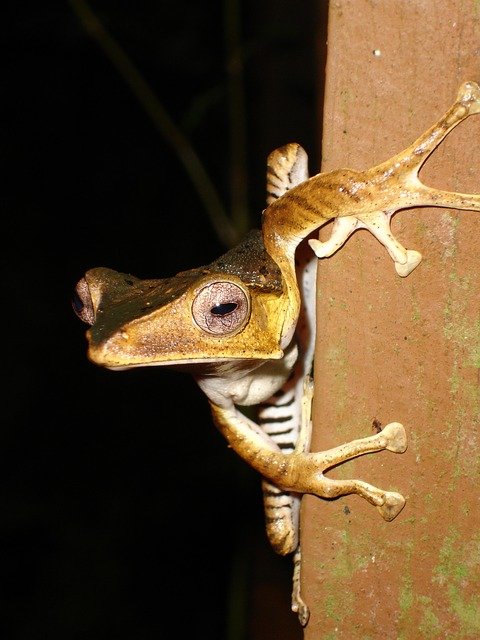 The great state of Sarawak, Malaysia’s largest covers a huge area in the north of Borneo and though maybe not having much of an agritourism farmstay industry it is an exceptional place to visit for so many reasons, being as it is home to a such large amount of indigenous tribes and an incredible array of animal and plant life.

It may have an incredible array of wildlife but how long that may continue is open to question; Sarawak, like its smaller neighbour Sabah, also has a large palm oil industry which has led to wholesale deforestation and made it the focus of much environmental campaigning, with even the survival of the iconic Orang-utan under threat.

The beautiful Bako National Park near the capital Kuching is one highlight of any trip to Sarawak. It’s a wild swamp and forest area teeming with wildlife while also having some beautiful beaches. An even bigger highlight might just be the Gunung Mulu Park up in the far northeast towards Sabah, a huge area of limestone peaks and an amazing network of underground caves.

Gunung Mulu is near Sarawak’s second city; Miri, which is a good base for exploring some of the indigenous settlements of the interior. You can take flights on small Twin Otter planes to remote areas like the Kelabit Highlands where you can arrange over night accommodation with local tribes as well as extensive treks through the jungles and mountains.

Malaysia’s other Bornean state Sabah is like Sarawak a region of dense, ancient rainforest that is a habitat for an extraordinary range of flora and fauna. Like Sarawak too though that picture is under threat from logging and mass deforestation by the palm oil industry. 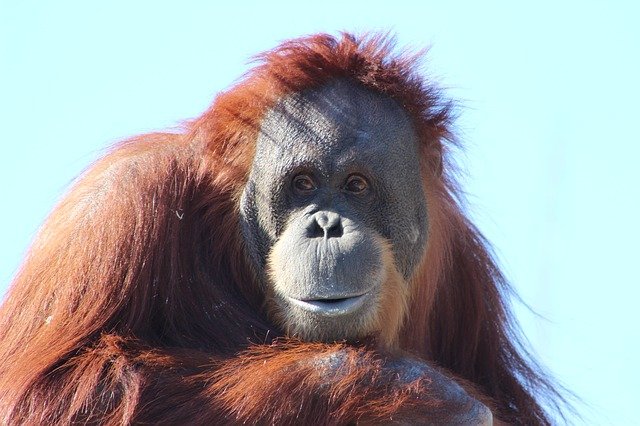 At its center is the spectacular Crocker mountain range, with its highest; Gunung Kinabalu being among the highest mountains in South East Asia. It’s a great area for adventurous mountain and jungle trekking though never to be taken lightly by the unfit or unprepared.

In places like Semporna, Sipadan and Mabul you’ll find some pristine white sand beaches and protected coral reefs that attract divers and snorkelers from all around the world. And all around each of those places you’ll find equally beautiful stretches of coastline that you’ll have almost to yourself. The Kudat Peninsula is another interesting diversion with great beaches and a chance to visit some longhouses of the local Rungus tribe in isolated settlements along the route north to the Tip of Borneo.

For straight jungle treks and tours around the Kinabatangan River is a good place to start with guided hikes and more relaxing boat tours on offer and of course farther south from there you have the Danum Valley Conservation Area which has the famous canopy walkway above the treetops and a few accommodation options. The more adventurous might be more happy in the far south of Sabah and the deep forests of the Maliau Basin which offer more challenging treks through some beautiful but extremely remote and inhospitable jungle.

A SELECTION OF OUR RECOMMENDED LEISURE FARM STAYS &  IN MALAYSIA:

>> MAP SEARCH: CLICK HERE TO SEE ALL OUR RECOMMENDED  LEISURE FARM STAYS IN MALAYSIA IN 2022