The Best Guest Farm & Vineyard Accommodation in South Africa in 2022

>> MAP SEARCH: CLICK HERE TO SEE ALL OUR RECOMMENDED FARM STAYS IN SOUTH AFRICA IN 2022

Or, not sure where exactly to go yet? If you need some inspiration, click here for our South Africa rural tourism guide:

Some of South Africa’s best guest farms and vineyard hotels are near Cape Town in the gorgeous Western Cape province, an area very much loved by tourists generally. It may have that majestic city as its prime attraction but seasoned travellers have also long been enchanted by its rural landscapes; vast swathes of golden beaches, towering mountains, green valleys and fertile farm land. And for many of those same seasoned travellers, a farm stay or vineyard hotel near Cape Town is an integral part of the experience. 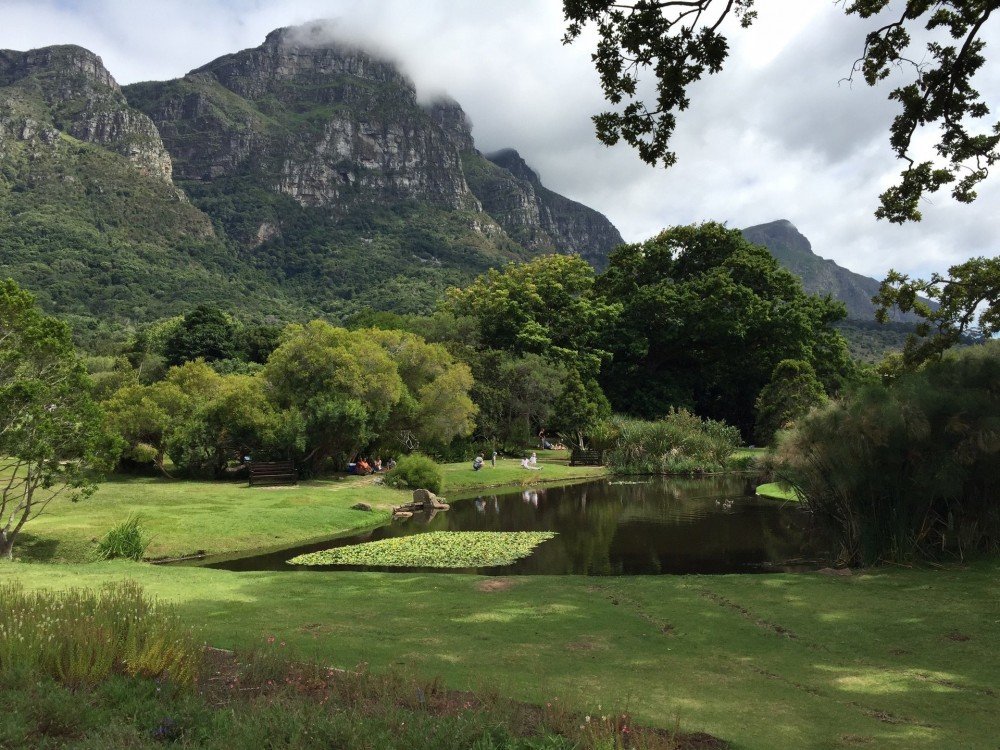 Near Cape Town lie the so-called Winelands and the Breede River Valley, two beautiful rural areas with strong farming and vineyard traditions but which have now evolved into a favorite holiday destination for rich Capetonians to escape the city. Many of the most luxurious vineyard hotels and farm accommodation in Western Cape are in this area and you will find some very high quality farm accommodation in beautifully quaint, rustic rural settings.

The Garden Route is another well marketed destination for guest farms and other agritourism. It’s the scenic road that hugs the coast all the way from Cape Town to Port Elizabeth and the surrounding area caters for thousands of visitors, especially outdoor enthusiasts. Around there too is the Overberg a semi mountainous fertile area of wheat fields and sheep farms that is best known for its ‘Whale Coast’, one of the best areas in the world for shore based whale watching.

The West of the the province, north of Cape Town, is isolated and less visited but has some truly beautiful wilderness areas. The West Coast National Park for example, or the Cederberg being two of its most renowned areas. 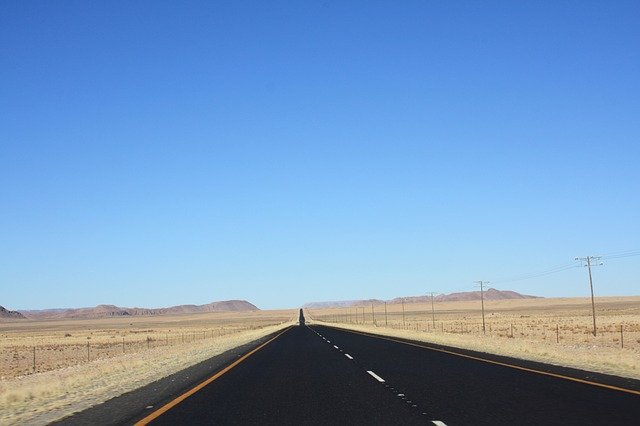 Farther north, much farther north, lies The Northern Cape, South Africa’s largest province and it is an eerily beautiful wilderness with a hot, dry frontier type atmosphere, where wildlife roams mainly undisturbed by humans and vast ranges of bright flowers bloom among the desert sands.

Between the Great Karoo and Kalahari deserts of Northern Cape lies South Africa’s greatest river the Oranje or Orange River, and the area contains some of Southern Africa’s most impressive national parks, the Kgalagadi Transfrontier Park which it shares with Botswana to the north, the Riemvasmaak Conservancy around the town of Upington and the Richtersveld National Park which lies half in Namibia and half in South Africa. There aren’t many true farm stays here but you will find some rural lodge type accommodation around.

KZN as the South Africans call it is for a lot of people one long beach, with some other less important stuff attached to it. Its coastline is amazing through, nearly 500 kilometers of it, and it is indeed almost all golden sandy beach. 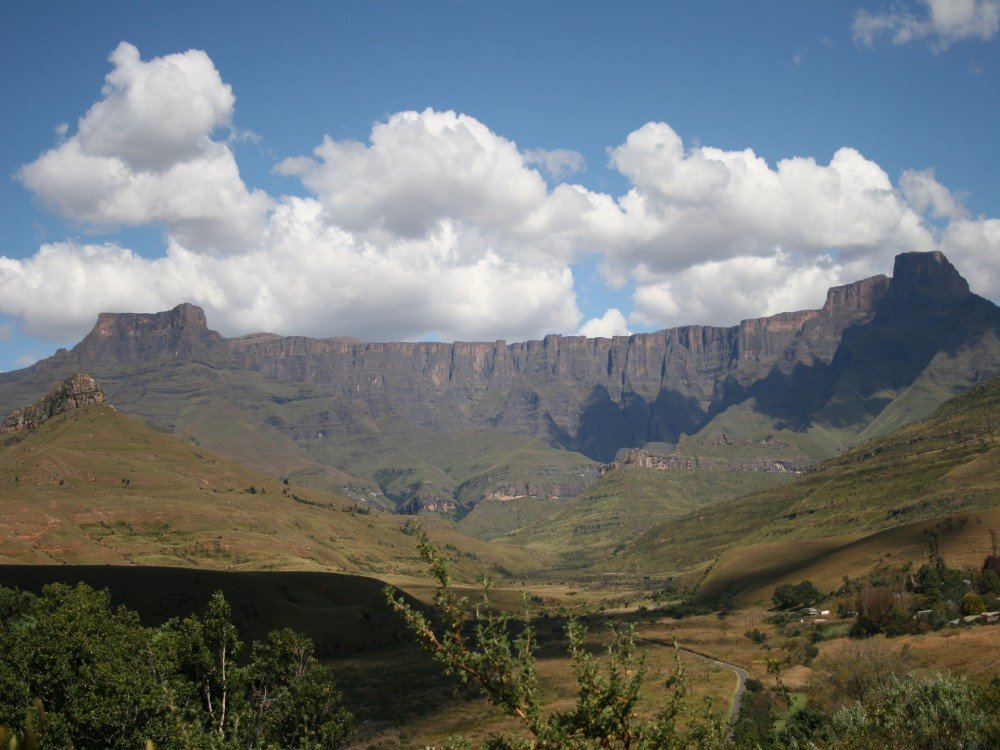 A lot of its coastline is very developed, especially around the laid back, multicultural capital Durban. But away from the semi urban coastal areas it has a very different atmosphere. There are two world heritage sites here: The iSimangaliso Wetland Park and the awesome Maloti-Drakensberg Park, which covers the uKhahlamba-Drakensberg Park in South Africa and the Sehlathebe National Park in neighbouring Lesotho.

The province is of course Kwazulu, ‘The place of the Zulu’, and is very much South Africa’s Zulu heartland and inland especially you’ll find the the culture remains widespread and strong.

You will find the Zulus friendly and very welcoming to outside visitors and some villages have developed mini tourism industries of their own to highlight their cultural traditions. 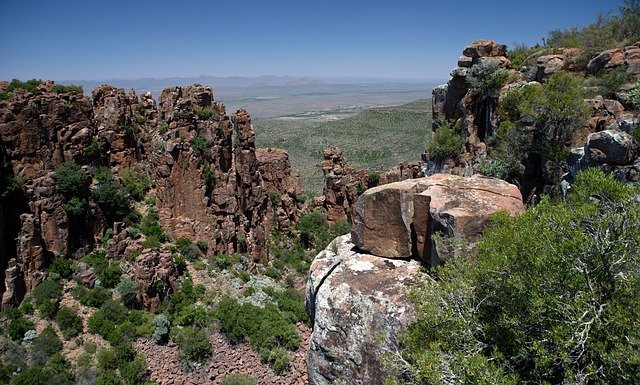 Between the two tourist magnets of KwaZulu Natal and the Western Cape lies the Eastern Cape, which, apart from where it meets the Garden Route is generally far less developed in terms of its tourist industry and is much more traditionally African than its two neighbors.

It is also just as, if not more, beautiful, but far less visited. It has hundreds of kilometers of almost untouched coastline and its interior is dominated by the enormous Great Karoo, an enormous semi-desert region which stretches over 400,000 square kilometers between the Eastern, Northern and Western Capes.

The other side of the Drakensberg mountains from Kwazulu Natal and Lesotho is The Free State province. A cultural heartland for the Afrikaner people. It was here that in 1854 the Afrikaner or Boer people were granted independence from Britain and formed what was known as the ‘Orange Free State’ in honour of their Dutch origins. 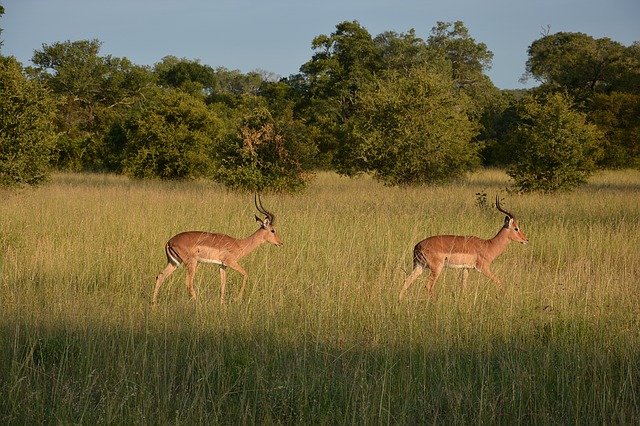 It went back to being a province of South Africa later of course and for most of its history it, and its people became more synonymous with insularity and an enthusiasm for apartheid than any other cultural offerings. Which is a pity because there is plenty more to discover about this unique culture and people and their hardy, frontier mentality.

The highlight of the province is the Golden Gate Highlands National Park and the craggy red sandstone rocks of the Maloti mountains. Apart from that it is mainly plains of rich fertile farm land growing sunflowers, maize and wheat and some nice farm accommodation along the way.

Apart from to go to the giant gaudy resort of Sun City not many people decide to take a trip to North West Province. It’s a laid back tranquil place of small villages and great grasslands and has two very impressive national parks; The Pilanesberg National Park and the Madikwe Game Reserve. 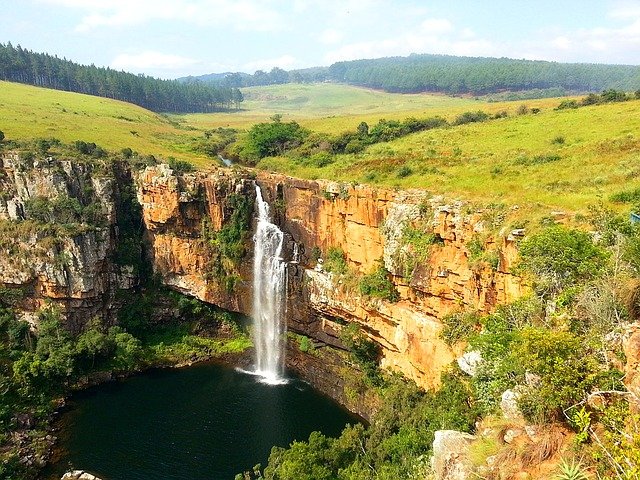 Up in the far North East of South Africa these two remote states are wild and untamed and home to, amongst other things, the world famous Kruger National Park.

There isn’t a lot of farming, or farm stay tourism, here, mainly because huge swaths of the two provinces are given over to wildlife conservation making what is possibly the world’s premier safari region.

Outside the conservation parks there are the spectacular Drakensberg mountains that rise in KwaZulu Natal and spread north to overlook the plains of the lowveld and the edge of Kruger Park. These mountains have some of the most spectacular scenery on the continent including the lush green Blyde River Canyon, one of the world’s biggest canyons.

To view our entire collection of the best farm accommodation, vineyard hotels, countryside cottages and rural retreats in South Africa, all with instant online booking and lowest price guaranteed via Booking.com. Just click below:

>> MAP SEARCH: CLICK HERE TO SEE ALL OUR RECOMMENDED FARM STAYS IN SOUTH AFRICA IN 2022