Taiwan, another corner of Asia where agritourism farm stay and leisure farm resorts are gaining popularity, is undoubtedly one of Asia’s most dynamic and interesting destinations. From being almost a regional backwater it started to developed economically at a startling pace during the 1990’s a trend which continues to this day and this can be clearly felt all around the island with the exception of its still relatively remote, relatively strongly indigenous East Coast.

That being said, its rural landscapes are gorgeous and truly spectacular in many places, its people friendly and welcoming and it is a place where, despite its rapid development, many interesting local traditions remain strong including, as you may find on a leisure farm stay resort here, in agriculture and in cooking.

>> MAP SEARCH: CLICK HERE TO SEE ALL OUR RECOMMENDED LEISURE FARM STAYS  IN TAIWAN IN 2022:

Or, not sure where exactly to go yet? Click here for our Taiwan rural travel guide: 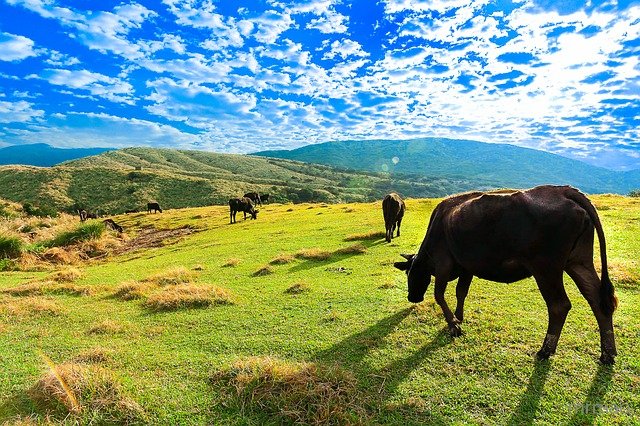 The exuberant city of Taipei is obviously the first port of call for most visitors, and is these days a very lively, relatively cosmopolitan place to hang out for a few days. If you’ve booked a few nights in Taipei but the urban edge suddenly gets too much for you there are also a few easy outside days trips that can be arranged; the picturesque Yangmingshan National Park or the Beitou hot springs for example are both within easy reach.

Leaving Taipei, around the north of Taiwan, there are other places to explore that can offer some rural bliss, though with a few more fellow tourists than similar places in the South or East; the Guanyinshan National Scenic Area along the north coast is a good example as are the Shifen waterfalls. The nearby atmospheric old mining town of Jiufen too can be a nice stop over.

Some of the north’s most spectacular scenery can be found at the North East and Yilan Coast National Scenic area that runs for over a hundred kilometers along the coast. It’s rugged terrain and has some really good climbing, as does the Shei-Pa National Park to the southwest of Taipei. You’ll find it a popular area for leisure farms and farmstay resorts too, being so near to Taipei. 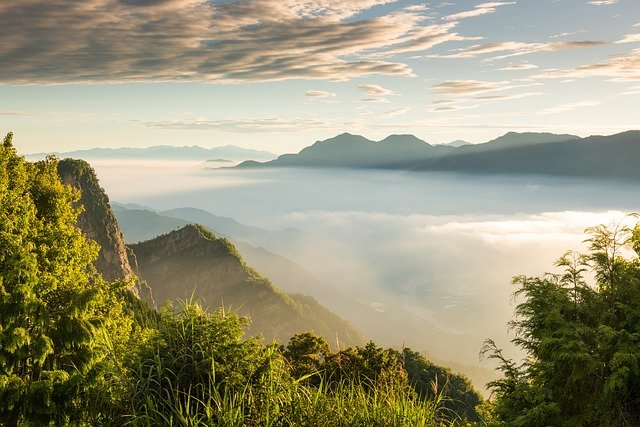 The center of the island is dominated by the Taichung urban area, a lively, bustling city but with a less international atmosphere than Taipei. To its east, as the land rises into the central mountain ranges, lies the famous Sun-Moon lake; a peaceful dreamy place with beautiful views all around, and which is the main home of the tiny Thao/Ngan indigenous tribe who struggle to mantain their cultural traditions amidst dwindling numbers and increasing assimilation. Not far from there, just to the north, you’ll also find the stunning Chung Tai Chan Monastery.

The Alishan Scenic Area and the Yushan National Park are also spectacular mountain regions in central Taiwan, with the Alishan being also home to many of the indigenous Tsou people while Yushan mountain, also known as Jade Mountain is at 3952 meters Taiwan’s highest. 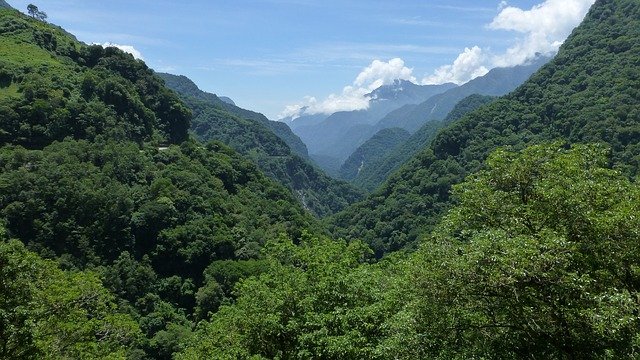 The east is by far the most isolated and underdeveloped part of the country, it is full of rugged, spectacular natural landscapes and, outside of the main urban area of Hualien, home to numerous indigenous Taiwanese villages. The stunning Taroko Gorge is a must see on this side of the island along with its terrific national park, it is wildly beautiful here and the main tourist attraction on the east coast.

The East Rift Valley too is well worth exploring with numerous great hiking and climbing, and an abundance of hot springs. More famous hot springs can be found on the island of Ludao or green island, a little tropical jewel off the coast of Taitung with high cliffs, lush vegetation and beautiful beaches. Many of the tourists who end up in the east are the outdoors types and though it is less touristic generally it already has a burgeoning leisure farm/ farmstay industry. 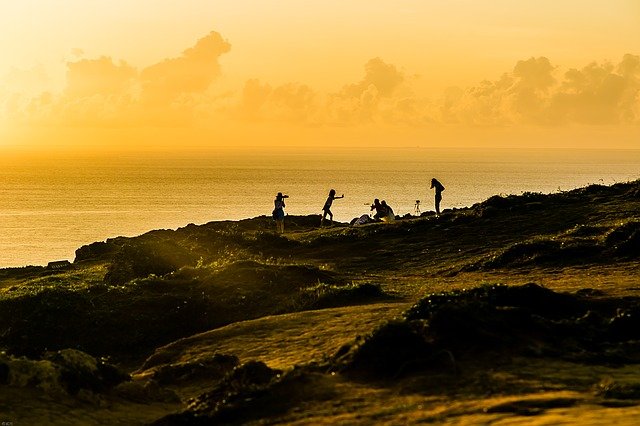 The laid back, tropical south is fertile, lush and green. It has a few good leisure farmstays as well as a host of good beaches. It is also a traditional place that has long been at the heart of the Taiwanese independence movement, and a place where the Taiwanese language is strongly preferred over mainland Mandarin. It is not surprisingly a stronghold of island culture too, and if you’re lucky you can catch some stunning traditional festivals, the firework festival of Yanshui every Chinese New Year for example or some of the spectacular local boat burning ceremonies.

Its two largest cities are the former capital Tainan and, just to the south, the lively port city of Kaohsiung, with Tainan having a more historical atmosphere that sets it apart slightly from the more bustling and brash Kaohsiung. The south also has some gorgeous scenery; the Maolin National Scenic Area for example, or the Kenting National Park right down at the islands most southern tip which has some nice peaceful hiking and beaches away from the main resorts.

A SELECTION OF OUR RECOMMENDED LEISURE FARM STAYS &  IN TAIWAN:

>> MAP SEARCH: CLICK HERE TO SEE ALL OUR RECOMMENDED  LEISURE FARM STAYS IN TAIWAN IN 2022

PASSING THROUGH THE TAIPEI? CHECK OUT CITY HOTELS  HERE VIA BOOKING.COM